The HL-LHC Challenge & the QUACO initiative

The Large Hadron Collider (LHC) at CERN at the Franco-Swiss border near Geneva, is the largest scientific instrument ever designed and built for scientific research. It has been exploring the new high-energy frontier since 2010, attracting a global user-community of more than 7,000 scientists spanning more than 60 countries. Since March 2010, LHC has been producing proton-proton collisions with a 7 and then at 8 TeV centre-of-mass energy, a factor of 4 greater than the previous record (held by Tevatron at the Fermi National Laboratory, USA).

After only a little more than one year of operation, on 4th July 2012 the LHC experiments, ATLAS and CMS, could announce the first major discovery: the long-sought Higgs boson, the cornerstone of the Standard Model (SM) of particle physics. This announcement, heralded by scientists as well as by the media as a giant leap in the understanding of our world and the origin of universe. In order to further increase its discovery potential beyond 2020, LHC would eventually need an upgrade to increase the total number of collisions by a factor of 10. A more powerful LHC would provide more accurate measurements of new particles and enable observation of rare processes that occur below the current sensitivity level. This would make it possible to detect rare events not previously witnessed, and increase our understanding of the energy frontier. How this should be done is at the heart of the High Luminosity LHC (HL-LHC) project. With the upgrade, the LHC will push the limits of human knowledge, enabling physicists to go beyond the Standard Model and its Higgs boson: for example the mysterious dark matter and the world of supersymmetry are just among the long-awaited mysteries that the LHC will unveil. 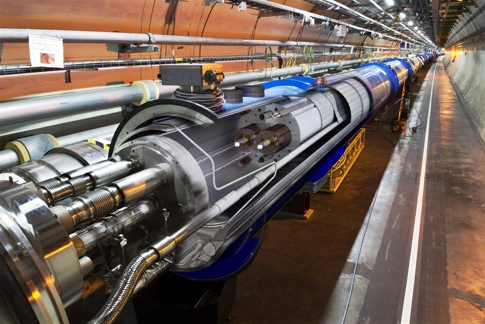 The LHC now has an urgent need for magnet technologies at the cutting edge of science which are currently not on the market and are not even being considered by commercial suppliers due to their novelty and low volume production demands. The requirements of the LHC are, among others, “long orbit corrector magnets” for the necessary adjustment of the particles orbit and “two-in-one quadrupoles magnets” in charge of providing the strong focusing of particle beams. To the companies that should produce these magnets, the commercial application potential for this technology is – at this time - too low. The QUACO project draws together several research infrastructures with similar technical requirements in magnet development, which will allow the avoidance of unnecessary duplication of design effort and reduce overall cost through economies of scale using a joint procurement process. By pooling efforts on technological requirements and using their experience from prior procurements, the partners in QUACO will act as a single buyer group with sufficient momentum for potential suppliers to consider the phased development of the requested magnets. The pre-commercial procurement (PCP) instrument used in this project will thus take away the mismatch between the high-end R&D effort and the existing market for these instruments and allow large and small specialised companies to increase the speed of their own research and technology development.

The QUACO project is a part of the IR magnets (WP3) in HL-LHC and has as objective the production of the first two First-of-a-kind HL-LHC “two-in-one quadrupoles magnets" .